The band has won numerous championships at contests across the South and along the east coast.  They competed internationally for 7 years at the North American Championship in Maxville (twice runner-up), the Montreal Highland Games and the Glasgow World Pipe Band Championships in 2005 and 2010.

The band provides top quality performances wherever they go.  Their musically diverse programs at the 2020 Asheville Celtic Festival, at White Horse Black Mountain, and at the Grandfather Golf and Country Club were received by wide acclaim from listeners. 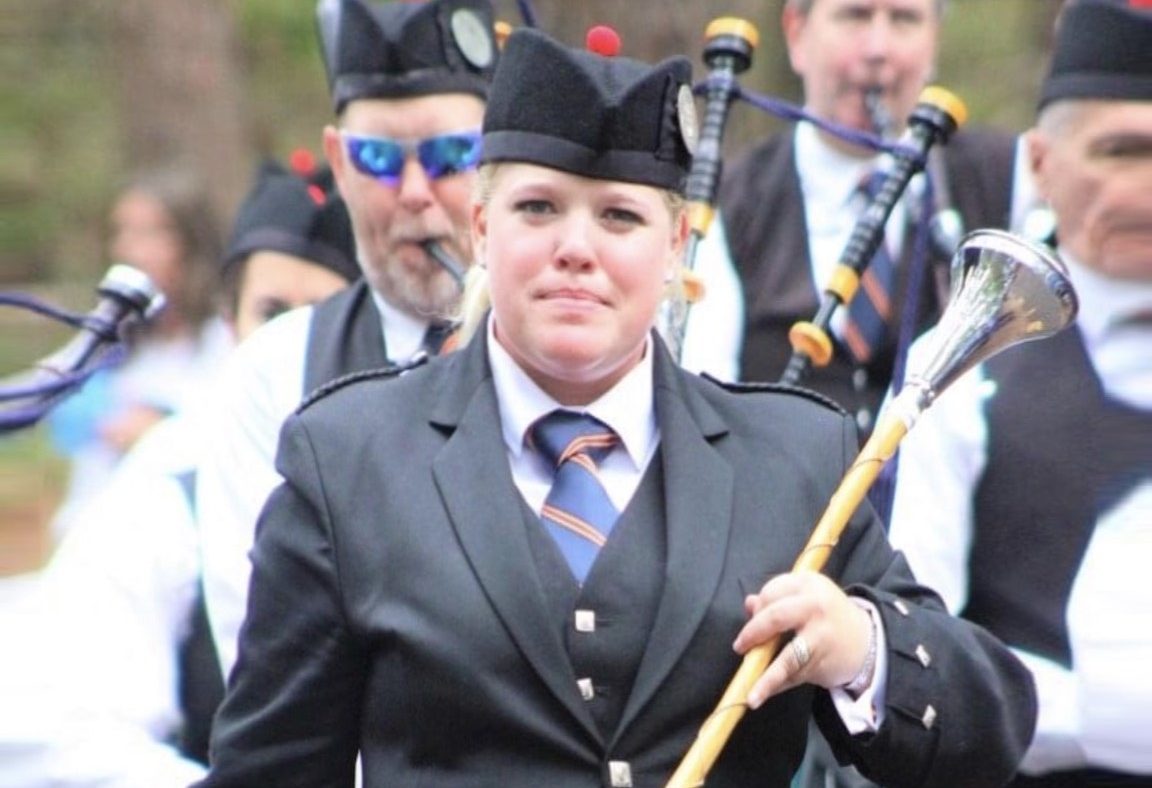 “I am honored to be your head drum major for the 2022 GMHG. A Colorado native it’s wonderful to be back up on the mountain for what I am sure is going to be a tremendous event. I am head drum major for Loch Norman pipe band of Huntersville NC and assist a few Texas bands as well .  I am a graduate of SAPC ( now SAU) and am still a competitive drum major on both coasts. I look forward to putting our best foot forward these 2021 games.”

Raffle Fundraiser  Members of the Grandfather Mountain Highlanders will be selling raffle tickets during the weekend with the lucky prize winner announced on Sunday.  You do not need to be present to win.  Funds raised go towards band travel expenses to competitions across North America and educational programs for youth.

The Grandfather Mountain Highlanders proudly announce the creation of the Harvey E. Ritch Memorial Pipe Band. Harvey had a tremendous impact on piping, drumming and pipe bands in the South, and taught innumerable beginners who have gone on to great success in the piping world. It is a fitting memorial to Harvey to establish a band whose goals are to develop young players, providing  quality instruction in piping and drumming from members of the GMH at low cost.  At the band’s debut in 2019, it placed 3rd in the Grade V contest at the Charleston Scottish Games.

For information about booking the band, learning to play the pipes or drums, or learning current rehearsal locations and times, contact Gordon Warburton at [email protected].  The bands are under the direction of P/M Gordon Warburton and L/S Vinny Martin.

Founded in 2000 by Kyle Auman, Andy Manus, and Charles Hatley, Jamestown Pipes and Drums has a long history of fostering both friendships and musical talent.  Pipe Major Eric Sparklin and Drum Sargent Brad Haywood lead and encourage players ranging in age from the teens to the sixties. Wearing the Scottish National Tartan to symbolize the community of all clans, Jamestown Pipes and Drums strives to create an environment where diverse members grow at their own pace and have opportunities to celebrate a storied culture and heritage. Post COVID, the band’s goal is to reestablish the Grade IV band while growing the existing Grade V band. For any questions, comments, need of a piper or a band, or information on who to contact in your area about piping or drumming lessons, please email Regina Drake-Parguey at [email protected]. Feel free to drop in the band tent and say “hello”! 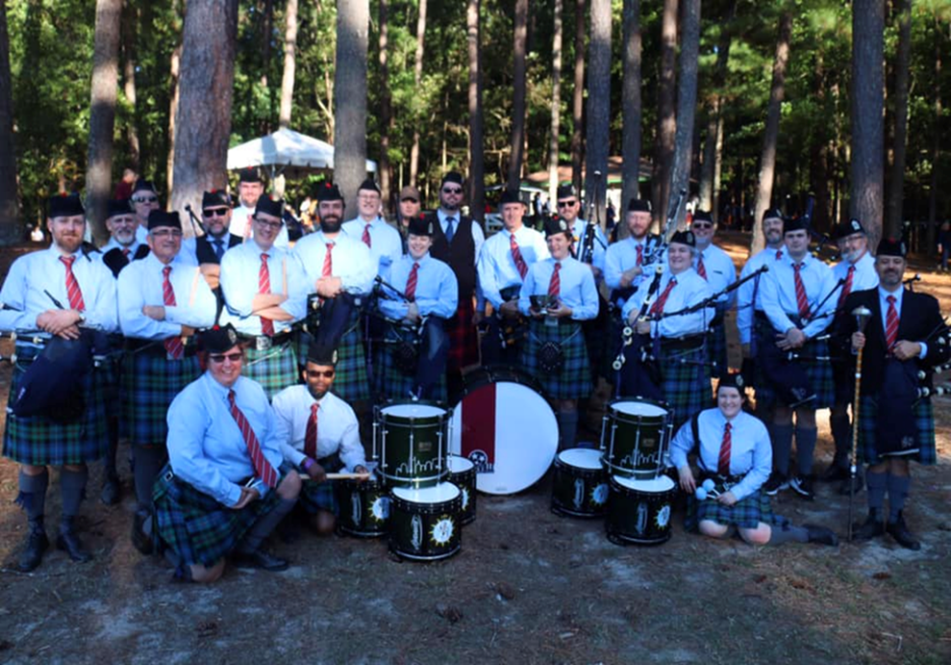 The Nashville Pipes and Drums has been Middle Tennessee’s premier bagpipe band since 1984. The band’s mission is to preserve and grow the musical tradition of the Great Highland Bagpipe and Scottish drum by fostering interest in this tradition and providing free community lessons. The band is committed to high musical standards, whether playing at a ceremony, in a parade, or on the competition field where it fields bands in both Grade III and Grade V. Memorable band performances have been with the Nashville Symphony, Michael W. Smith, Amy Grant, and The Chieftains. The band wears the Ancient Hunting Robertson tartan. For more information, contact Band Manager Chris Minnis at [email protected]

The North Carolina State University Pipes and Drums was started by two NCSU graduate students 53 years ago. Alumni and community members provide stability as NCSU students enter and leave over the course of their studies. Pipe Major Ken Hanson leads practices that include beginning and experienced pipers and drummers with a focus on developing players from within. The band enjoys sharing its music in a variety of performances both on and off campus including the NCSU Homecoming Parade, Raleigh’s St. Patrick’s Day, and First Night parades. The band competes in Grade 5 at highland games throughout the South.  The tartan worn is the NCSU Pack Plaid. For information about classes or hiring the band, contact Darrell Thompson, Director, at [email protected].